insearch 4 success What Are The Health Benefits Of Oil Of Oregano? | Insearch4success.com

What Are The Benefits Of Oil Of Oregano

The first thing you must realize is that Oil of Oregano is NOT the same as the stuff you buy in the stores to spice your food up. There are actually  at least 30 known different kinds of species of Oregano, and  Oil of Oregano is much stronger than the conventional type you and I purchase at the grocery store. The highest form of this substance is found in the Mediterranean. It is cultivated through a special distillation process and  extracted for its awesome powers.

Did  you know it takes 1000 pounds of wild Oregano to produce 1 pound of oil!

The funny thing about the so called Oregano we purchase at the storem, is that sometimes it's not even Oregano at all. It is a similar substance that is much milder, “believe me if you have tasted the pure oil you will know this is true”. Many times it’s actually Mexican Sage, which has a similar and milder taste than true Oregano.

A Brief History Of Oil Of Oregano

What Are The Health Benefits Of Oil Of Oregano?

Besides the obvious, no it wasn’t some superstitious belief in something we today discredit today as false. In todays world it has been scientifically shown that Oil of Oregano goes far beyond making our food taste good.

In his book he explains how it save his life after contracting a blood borne fungus from an IV needle. He describes it’s wonderful antiseptic properties as being similar to those similar strong ones we get at the doctors off, yet without all the extra junk and side effects.  He also states it’s properties can help at least 170 different ailments. Some of these range from helping the common cold, eczema, worms, diaper rash, fevers, cramps and much more.

2 components that make it up that I would like to point out are carvacrol and thymol.

Thymol is natural fungicide with antiseptic properties, have you ever used mouth wash? You know the stuff that kills bacteria in our mouths. Well Thymol is the active ingredient in those mouthwashes.

Oil of Oregano is rich in minerals and has vitamin E complex, as well as calcium, magnesium, zinc, iron, potassium, copper, boron, manganese, vitamins A and C, and niacin.

Is Oil of Oregano safe? 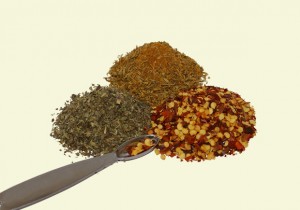 It has been proven to be very safe. The only precautions is that you MUST FOLLOW THE DIRECTIONS. If you're taking it orally, only take the recommended dosage of drops. Do not try to add more just because you think more may be better. It Can be applied directly onto the skin to treat itches, and irritated gums, but only if it has been diluted. Always follow the instructions on your particular bottle before applying topically onto the skin, since highly concentrated oils may first need to be mixed with Olive Oil or Coconut Oil before application (usually one teaspoon of Olive Oil or Coconut Oil per one drop of Oil of Oregano).

Once again BE SURE TO FOLLOW THE DIRECTIONS! You may also want to consult a physician before taking it if you have any pre existing medical conditions.

Is Oil of Oregano safe for children?

There has been some debate on this, some say it’s simply too strong for children. Although some parents have given their children it, no major side effects have been reported. It is known that you shouldn’t give a child under 5 it orally, but you can rub it on the soles of their feet. We gave our 5 year old a few doses of it for a bad cold, and we saw DRAMATIC improvements within 2 days of taking it. So you be the judge, and consult your physician or talk to an herbalist before deciding to do so.

INFORMATIVE VIDEO ON OIL OF OREGANO