insearch 4 success Are Most Of Us Afraid Of Success? | Insearch4success.com 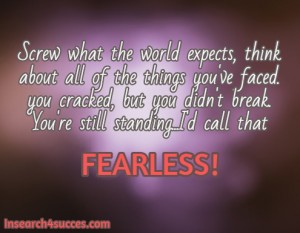 Sometime ago I was introduced to an exercise that gave you an idea where anyone taking the test would be at 5-20 years down the road. Usually when people give me these kind of tests I don't take them. However it was given to me by a good friend who is HIGHLY successful. Everything he attempts he conquers and does it very well.

The concept of the test was really simple, the plan was to sit down and write down as MANY EXCUSES as you can possibly imagine. The test said that you should have at least 20 excuses in about 2 minutes time. Right there I knew that most people would see a problem

Right off the bat he said that most of the people he gave this test to actually came up with an excuse NOT to take it. I then realized the point of the test wasn't really taking the test itself but seeing if you would actually ATTEMPT to take it.

He went on to ask me how hard it was at first glance and that If I had any thoughts in my mind to NOT do the test. I had to be real with him and I told him yes, at first glance I was thinking it wasn't going to be easy to think of that many excuses in 2 minutes time.

He said you can gauge who will be successful, who is and who won't be just by doing this test. He also said your response on how you perceived the test and questions at the end can also determine if you really WANT to change.

He said that this is something that you must want, change is hard and that most of us are conditioned to make things easy. That we don't want to work for things, we work at our jobs for others, but when it comes to our own stuff we shy away from it even though we know it can produce insane results.

But WHY wouldn't everyone WANT to SUCCEED? 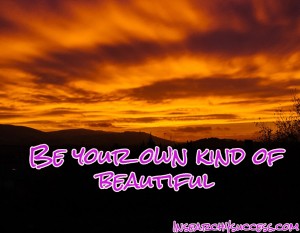 The quest for answers continues…

Well his answer on this very question is this. He said that we are naturally SCARED of success, why? Because success means that we have to CHANGE things around. We don't necessarily have to change but we think we have to. So we rather keep slaving away at some place that we hate in order to stay away from CHANGE.

The other answer was quite simple…

I don’t mean work, as in work at a slave labor job for 30 years. Putting all your effort in, and then one day you get a watch, and a pat on the back. Then you spend the few remaining years left sitting in a retirement home. What he and others mean by putting in the hard work is to to INVEST  IN YOURSELF to become the best person you can be. The person who full fills their childhood dreams, and reaches beyond on that and becomes someone of importance.


I’m not slamming those in the workforce at all. Hell, I’m part of the workforce, and I can say I absolutely hate it. Why have I put myself in this predicament? That answer is simple; it was within my comfort zone. It was within the realm of what I thought was controllable. Now the only time I question that reality, is when my monotony is challenged. Even though I don’t like where I was at, I still continued to do the same crap day in and out.

So why don't we just  change what were doing?

There are so many explanations about this, you have analyst giving terms and categorizing people in this and that, but the answer is obvious and painfully simple. 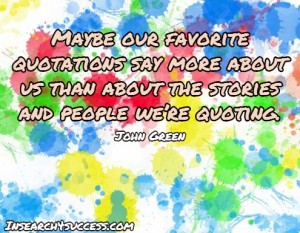 Don’t give me that I don’t have time nonsense. If you have time to watch your favorite television show, or time to get on Facebook, you have time to work at what you want to do. Once you acknowledge the problem you’re ready to start on your journey, the rest is up to you!