Coming Face To Face With Your Inner Demons

"What lies behind us and what lies before us are tiny matters compared to what lies within us!"

After failing over and over you come to the stark realization that even the greatest motivation in the world isn’t going to do crap for you. It doesn’t matter how much effort you put in, or how much focus you have, you always seemed destined to fail.

Now why is this?

Because this is what our minds tell us to believe, we contemplate failure way more often than we do success. Maybe it’s because we’re conditioned to think this way, or maybe it’s something that’s stuck in our chemical makeup. Whatever the case is, when we fail we have a heck of a lot harder time getting back and up trying again.

There still has to be reason for this, right?

Why is it some people can turn sand into gold, anything they do or go for they reach success. I’ve heard some people in the past say “man, making money is the easy part, spending it is the hard part”. Or, “yeah it took me a few months to get ripped and build muscle; it wasn’t too hard at all”. I usually look at them and think “WTH”. I can barely lose a few pounds, and I have to go super hard at that. Or I slave away at a crap desk job doing the same monotonous junk day in and day out, all the while making less and less each year.

How the hell can this guy be making so much money that he can’t even spend it. I try and try things, keep goals and stay focused but nothing ever changes. Then you have the people say, “well, it’s your location, you live in armpit of the u.s.”, well it’s more like the backend of a donkey of states. But then again, I know people in my area who are massively successful at everything they do.

Well my friends, it’s time that you dig deep in the crates of your minds.  Dig deep into the places you want to forget about.

Why? Because that’s where your problem stems from, inside of you. 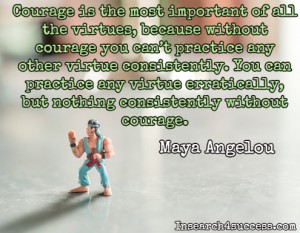 It’s that demon inside of all of us that hides in the back of our minds. Some of you are thinking I’m nuts, but then again that’s your excuse cannon firing off again.  Let’s make more excuses so we don’t have to face the harsh reality. Everyone’s inner demon may be different, but the thing they all have in common is that it’s an ongoing illness that slowly eats away at us until it eventually destroys us.

It doesn’t matter what you’re trying to do in your life, as long as you hold on to that demon, you will never really fully be able to be successful. Something will always pops back up, and eventually it will take away your focus and your drive, leaving you right back at square one.

A key way to break free from your demons is to let go of excuses and let go of making any new excuses. If you really buckle down and face yourself and your demons, you will eventually embrace failure and look at it as a learning lesson, a tool to help you reach the level of success you so desire.

But the key is to really look at where and how you fail. Then look back at the times that you did fail and what were the excuses you used in those instances. What did you initially do after you use those excuses, and did you become different after those times?

When we start questioning our actions and motives, we start opening doors we may have walked by in the past. We start to understand things and start to piece together the problems we may have left un done.

We start to realize how close we actually where to finishing our tasks, how close we were to success in itself. Self-reflection is an awesome way to tackle those demons and once in for all let go of them. When we become one with ourselves and actually start becoming responsible for our own actions, we start to grow as a person.