When you think of Cayenne, usually the first thing that pops into your mind is that it’s very hot! Cayenne has been utilized for several thousands of years for its amazing medicinal properties. Today Cayenne is still being utilized for it’s continued positive benefits for the treatment of  various ailments. 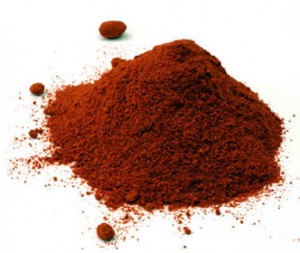 Cayennes origins can be traced back to French Guiana. It was name was derived from the Tupi Indian. It was primarily utilized in the subtropic regions and served as a substitute for black pepper which was much more pricey at the time. It was utilized in the preparation of foods to give it that spicey taste many people have come to love. It was known that Cayenne was rich in Vitamin A, B6, E, C, Riboflavin, Potassium, and Magnesium. It was used throughout the centuries for its numerous benefits and still is too this very day.

The following are just SOME of the benefits that using Cayenne can provide us with!

Studies have shown that people who supplemented with Cayenne prior too eating breakfast were found to have LESS of an appetite throughout the day. That means less calorie intake, adding too more fat loss. Cayenne is also an awesome metabolic booster, which helps the body burn even more fat.  Honestly, this was the main reason I initially purchased Cayenne.

Cayenne is known to help boost your digestive tract, meaning it helps increase the flow of enzymes and gastric juices. By doing so this allows the body to metabolize food and harmful toxins the body produces much quicker and effectively. Cayenne is also very beneficial at relieving intestinal gas and build up, something found common in those who suffer from acid reflux.

Cayenne is filled with a substance called capsaicin, which is the substance that causes the burning and stinging effect when placed on skin or in your mouth. When ingested the capsaicin does the opposite for your joints and muscle pain and decreases inflammation. It’s also excellent for those of you who suffer from Arthritis or other similar ailments. .

Cayenne has been called one of the most powerful herbs known to mankind. This because it has been known to effectively normalize blood pressure and correct heart issues. It has been said it is much more effective than popular drugs like Lipitor. Cayenne helps to  dramatically lower bad cholesterol, and help to prevent blood clotting. It was found those using Cayenne daily were far less too suffer from heart disease, strokes, heart attacks, and other life threatening issues.

Cayenne heats the body and by doing so, it creates a natural way to detoxify the body. It also helps us too sweat and salivate, which are also ways to naturally detoxify the body.If you want to create an awesome natural detoxifier, mix Lemon Juice, Honey, Ginger or Green Tea and some Cayenne.  It has been said that this is one of the most effective all natural detoxifiers, a remedy which I use from time to time.. I highly recommend this for those of you who want a natural way to detoxify your body without all the harmful chemicals and additives other detoxifiers have in them.

It’s been said, that using Cayenne can help to alleviate allergy suffering, and in some cases completely eliminate them. This is due to the high amounts of capsaicin. It helps too desensitizes the nasal airways preventing inflammation when exposed to irritants. By supplementing with Cayenne daily during allergy season, you can block the nonsense that creates that oh so wonderful time of sneezing, and those annoying watery itchy eyes many of us suffer from.

Some of the the other benefits of Cayenne.

Side Effects of Cayenne

Like any other supplement everything always has some kind of side effect. Don’t worry, its not anything like those commercials you see for those doctor prescribed medications. Since Cayenne warms you up, it has been known to cause some gastrointestinal discomfort in some people. If you're very sensitive too hot stuff, use this with caution.

Using TOO MUCH Cayenne can cause some liver and kidney problems. So use it in moderation, and don’t try too over do it. Always follow the directions, and if you aren’t sure how much to take, consult a herbal specialist or someone knowledgeable in that area before using it.  Overall Cayenne is a very safe herb to take, but like anything else, use common sense when trying it out.

How to Take Cayenne

There are numerous ways you can take it, some of these ways are as follows

1. Pour 1/16th of a teaspoon of cayenne pepper in some juice or water, preferably 8 ounces of it. Then mix it up real well and drink it. If you want to kill the spicy effect, add some lemon juice to it, or drink some water with some lemon juice afterwards to ward off the spicy taste. After a few times of drinking it, the spiciness will subside won't be as bad.

3. If you like vegetable drinks, or like making some of your own. Add a hint of Cayenne too it, be sure to take note of the amount you put in. That way next time you can add a little bit more or a little less depending on how it affects you. Always keep it within a 1/2 a teaspoon, you won’t need anymore than that. Drink it 1 to 2 times a day, depending on how it affects you.