How To Relieve Stress Associated With Work

If there’s one thing in life that most of us dread the most, it’s our jobs. The reason being is that there  really isn't any peace of mind, well at least for most of us. There’s always some kind of problem, some kind of thing to remedy each and every day we go in.

We put out one fire and we end up having to put out even more. Then when we think we made some progress, the same fires we put out in the first place end up starting back up.

We all have had or have hectic jobs, whether or not you’re some big shot at a job or just a regular every day employee, one thing is for sure.

THE STRUGGLE IS REAL!

How to handle stress at work by Noah Elkrief

Some people just don’t know HOW to handle the stress. Some companies have programs set in place to help handle It. But how effective are these programs, and do they even do anything at all?

I can bet most of you will say NO!

Why? Because I have friends who are part of some large companies, they’ve worked for major corporations and small ones that have some of these set in place. Most of the time they contradict EVERYTHING that they teach, isn’t that interesting?

Most of the time they have these set up because of one reason, to hit some kind of quota, or to stay under the radar. See, they get hit with some kind of infraction and are ordered to put into play some kind of stress or psychological program. They teach the stuff, but most of the time that stuff WON’T help production numbers. It’s not going to bring in the money at the end of the day. So they contradict what they preach and nothing ever gets solved.

So most of us continue on struggling financially, emotionally, and physically, but we keep on pushing. The major problem is that we end up finding bad habits to help cope with the anger, stress, and anxiety. 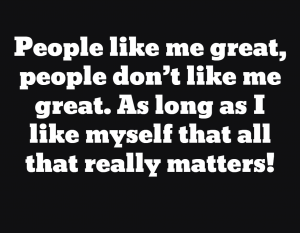 These habits can eventually kill us if we’re not careful, and do our jobs care about that? Not really, most of us are just a number that can be replaced with another number, it’s sad but true!  So WE have to be responsible for our own sanity, for our own selves, not anyone else.

Don’t rely on your company to help you out, because if they do you’re going to pay for it, literally. Then on top of the stress that you already had, you’re going to pile on more because of debt.

SO WHAT THE HECK CAN WE DO?

While there aren’t any quick fix solutions, well you could quit and do something else, but that’s not an option for many of us. There are some things that you can do to help take away some of the stress that we get thrown on us on a daily basis.

Now some of you are probably cringing at the thought of working out. Now when I mean exercise, I don’t mean you have to run out and get a gym membership and spend more money than you already are. What I mean by getting exercise is simply getting up and walking a bit, maybe doing a few jumping jacks if you’re able too.

Or just simply getting outside and taking a walk, if you don’t have 10 minutes to even take a walk, use your lunch break or the time you marinate on the couch to watch television. It’s good to get your blood pumping a bit, it can REALLY help take of the edge!

I’m not telling you to go out and eat leaves and drink water all of the time, but simply to cut back on the crap. If you’re eating a ton of junk, cut out some of it, and do it slowly so it sticks. If you drink SODA, cut that junk out, and don’t give me that I can’t stuff. I used to drink 5 mountain dews a day or more and I quit. I ended up losing 30 pounds in the process, and don’t think diet sodas are good for either, they’re actually worse. Don’t believe me? Do some of your own research and you’ll see what I mean! 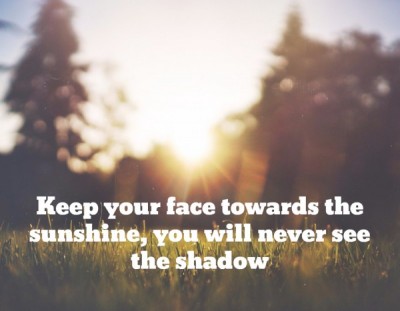 3. Stop watching the news and reading stuff that will make you angry

By keeping away from negative material, you’re less likely to get into an even worse mood.  When you get off work and you’re already mad, the last thing you want to hear about is what’s WRONG with the world. Then on top of that hearing about celebrities crying about not making an extra million on top of the gazillions they’re already making.

I DON’T CARE about what this celebrity is doing nor about they’re personal life. I like movies so I like to keep up with movie reviews and news, but what they ate, and who they’re with is none of my concern. Most of the time hearing about all that stuff is going to make you even more mad.

Stay away from music that will make you angry, listening to some death metal when you’re mad is only going to make you rage, and well my friends, that’s not a good thing!

Just be smart about the things you listen, read, and watch is all I’m saying!

4. Avoid giving your opinions at work

You’ll run into people who love nothing more than to find conflict. We all know someone who all they want to do is argue. They want to start drama and find out what’s going on in your personal life, just so they can go around and talk about it to someone else. Don’t give you opinion unless you’re asked for it, and even then practice caution.

We may THNK someone is our friend, but they may be opposite, the wolf in sheep’s clothes. Just remember that work should left as work, and leave your outside life where it is, not inside work!

I don’t know how many times in the past this happened to me, I would leave work and bring that aggression home. I would take it out on my friends and family and even people on the street.

Because I was being dumb and shouldn’t have done it. When you leave work, take a deep breath or a whole bunch of them and GATHER YOURSELF FIRST. Then head home, you’ll find that your day will go that much better if you do this. If not you’re going to find even more conflict and problems, so leave the drama at the work place on your desk.

At the end of the day, you are responsible for the way YOU act and how YOU FEEL. Don’t blame others for this and that, maybe they were being a jerk and deserve a swift kick in the back end. But don’t go home taking your problems that you faced at work with you. Most things at work will NEVER change, no matter how many plans or solutions are put in place, it’s just the way it is.

Our jobs or companies can do whatever they feel is necessary in that department, but the plain fact is that it’s it was it is, and once your realize and really embrace that, you’re going to have a way better time at work. Just laugh things off and remember that tomorrow is a new day. Keep your eyes open for new opportunities and keep focused on your goals. If you do that you’re going to release some of that much needed stress!

I hope these tips helped you out, if you feel like they didn’t and need some more, be sure to subscribe to my newsletter and send me a email, I will respond and send you some good stuff I have that helps me to cope with the anger!