insearch 4 success How To Stay On Track When Traveling On LONELY ROAD Towards SUCCESS | Insearch4success.com

THE LONELY ROAD TO SUCCESS

If you’ve ever achieved anything in life you would deem as a success, you know how hard it is to get to the point.  We set goals, action plans, and go forth on our journeys. We EXPECT everyone around us to be supporting and caring about our efforts. But then when we start to work on things and we realize that this isn’t the case at all.

SUCCESS IS A LONELY ROAD 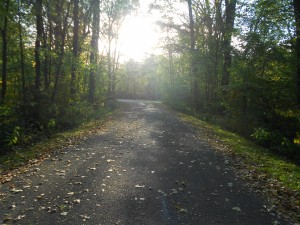 So the greatest resistance comes from our friends and family?

How many times have you tried to go on a diet in the past and someone in your family messes it up by buying something bad for you to eat? They know you’re on your diet and trying to make an honest effort, but yet they entice you with bad things, and while they may not be doing it intentionally, it still messes with you mentally and physically.

This happens more often than we would like, especially with friends that aren’t doing the same thing that we’re doing. They ask you to go out to eat and you end up somewhere bad, and in the process you mess up the entire day’s effort. Then the next day comes and your back at it with them again, while they don’t mean to mess you up, you end up falling back down to the starting line.

The same thing is true for those of you who are going against the norm. You may be trying to do something different with your life, rather than working a regular job and doing the same thing that everyone.

We need to come to terms with the fact that we AREN’T going to get any help from those around us that aren’t on the same path as we are. I shouldn’t say we won’t at all, but for the most part everything that we do is on us. Why would they be anyways, they just want to be around you because they like you. Most people don’t like to acknowledge the fact that someone is changing, the reason being is that we are all naturally resistant to change. We don’t like when things change or when people change, because the problem is that when we do change we may look at others differently.

So the first thing that you have to do is come to terms with the fact that you’re on your own. There are people on the similar journey, but you still have to depend on one person and one person alone…..

Once you realize this it becomes much easier to cope with this problem. You begin to realize that the biggest struggle is within your mind. You have to come to terms with the fact that the greatest resistance is within your own mind.  Once you learn how to combat that problem you can adjust to any challenges that come your way.

Conquer your mind and you will be successful! 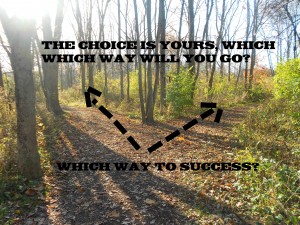 What I mean by this is that you need to become ONE with yourself and your efforts. You have to find ways around the negativity, ways around all the things that people throw at you. Only you can do that, and with that said there are a few ways that you can do this.

There are a few ways that you can do this, one being self-affirmations. This is when you say things to yourself to reinforce positivity. Tell yourself that you are a champion and that you can and will win. If you do this enough you will subconsciously begin to believe it. Another way is to use motivational music and videos. Keep watching them whenever you feel down and they will help to bring you back up!

We have to constantly remind ourselves of WHY we’re doing what we’re doing. If you don’t the other reminders of failure will take over and eventually we won’t succeed at all. See just like positivity the negativity is just as abundant.

Keep faith and stay on track and eventually you will stumble upon success!!!