With the prices of gas, food and everything else skyrocketing these days, it seems as if the only thing not going up is most of our salaries. So when the times get rough there’s only one thing to do, and that’s to cut back on spending any way you can. Even though it seems like a downhill battle, with all the enticement to spend money, all annoying letters and calls from credit card companies trying to get you to sign up with them. It’s no wonder most of us are in a constant state of debt, so with that being said, here are 10 tips that I used that saved me some money, hopefully they will help you out as well.

1.Get rid of extra stuff

Go through your garage, storage spaces, closets, and anywhere else you have stuff just laying around. You may be surprised what you find.

You can also set up an eBay account or have someone sell them for you and make a few extra bucks. You may also surprise yourself at what you may find; it may be something rare or valuable that you didn’t even remember that you even had.  I’ve heard of people doing this and finding valuable treasures hidden away, that they sold and made a ton of money from. I sold a lot of baseball cards I had stuffed away, and came out with almost a grand in profit.

2. Leave the television off

We all know the point of commercials is to entice us to spend money we don’t have. All these stores always have these great blowout sales. Many times we buy on impulse and have no need for these things. We create added clutter and more of a financial burden on ourselves because of this. Televisions also suck up a ton of electricity leading to higher bills. Why not just pick up a book and read, you’ll be saving money and staying away from the pointless brainwashing tactics commercials pound us with.

3. Make a list out before you go to the store

I use to go to the store and have a list in my head, but what I found was that when I left the store, I ended up getting a bunch of things I didn’t plan on getting.  By creating a list that you can go off of, you can control your spending habits, that way you will spend what you plan on spending, instead of over spending on some nonsense you didn’t need in the first place.

Unless you’re a hardcore gamer and your life is about gaming, utilize this tip. A new game can easily run 60-80 dollars brand new.  The problem is some games look really good, but when you play them they end up stinking.  So instead of going out and picking up a brand new game, make sure you rent it first to see if you like the game, and if the game has some kind replay value. If the game takes 10 hours to beat, and that’s it, then you ended up wasting your money.

Not only has this helped me out tremendously in my weight loss efforts, but it also saved me a ton of money. I purchased a water filter and 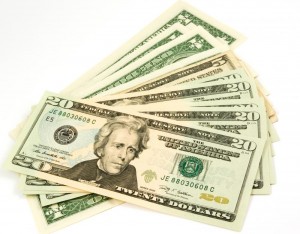 use that every day. I stopped buying my daily sodas and ended up saving a ton of extra money because of it. Water also fills you up helping to keep you full so you won’t eat as much, helping you to save on additional food costs.

By simply planning ahead your meals a week before, you can adjust your spending habits and plan out what you need to spend on food. By doing so you will save a ton of money rather then going into a fast food place and spending unknown amounts of money on crap food. You will also be helping yourself by not eating bad food saving you money in the long run by not having to go to the doctor.

7.Give up smoking and drinking

We all know that these habits are bad and harmful to us physically and mentally, but they also hurt our wallets. It amazes me to think that people rather go hungry than without cigarettes or alcohol.  The average price of a pack of cigarettes is around 7 dollars. Most people smoke a pack or 2 a day, by stopping smoking you can save a great amount of money, and also save your lungs and the lungs of those around you.

Yeah some people call me cheap, but If I can save a few extra bucks by comparing prices before I go in and buy something, then I’m going to do it. You would be amazed the pricing differentiation in some products from store to store. The stores may be located in the same plaza, but the price difference between one product may be more than 50 percent than the other. By doing this you will end of saving some money. You can even put back the money you were going to spend on the more expensive product in a savings account, and not even notice it.

9.Get rid of old collections

If you have a collection of something and you absolutely do not even look or touch it, what’s the point of having it anymore? The purpose of collecting something is to be able to enjoy it and share it with others. If your collection is sitting around collecting nothing but dust, than its time to get rid of it. You would be amazed at the amount of money you can get from an old collection.

I was banking at a local bank that I could not stand, I was getting fees for things I shouldn’t have been getting, and was spending way too much time on the phone getting the issues corrected. I switched to a local credit union that not only gave me better rates on savings, but also better service that much more effective and easier to use. They say time is money, and that couldn’t be truer. Stop wasting your time and money on a bank that is going to give you the runaround.

At the end of the day, it’s entirely up to you how you want to save some money. My hope is that I sparked some interest in you, and that it will allow you to save a few extra dollars.