insearch 4 success Relying on yourself|Why you should have faith in your own abilities | Insearch4success.com 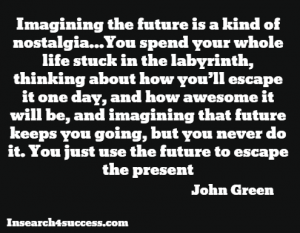 When you BELIEVE you gain power, you gain power in your own abilities and gain the power to unleash massive amounts of action regardless what others say or think about you. You don’t see failure as something bad but rather as a learning tool, as something you won’t do in the future when  you get back up and try again.

See belief in yourself is a huge must have if you’re going to tackle something that’s not easy. When you go after something that most haven’t tried or won’t try, you’re going against the grain. When you do this you’re going to be met with a TON of resistance. See most people just go with the flow, the flow in the sense that they do what everyone else does. They do what they’re told to do when they’re little, they don’t deviate from that plan and work the plan as how they think it’s supposed to be.

The problem is that the plan isn’t always a good one, in many cases it’s a bad plan. The plan goes against eveyrthig that we’re taught as children. We’re told that we can do or be anything that we want to be when we grow up, but when we start growing up we see that’s a plain out lie.

People start contradicting themselves and start telling us the opposite. They make us believe one thing and then destroy our beliefs as we get older. This is why most kids start to become lost as they get older, and even some adults. Actually most adults are still in limbo because of this notion, they do what they’re supposed to do, or at least what’s expected and end up hating every minute of it. 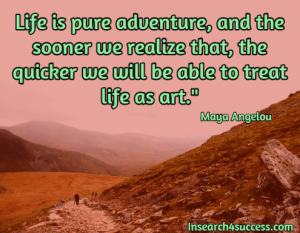 Then come the ILLUSIONS!

This is where people start pretending they’re something they’re not. They start living secret lives and cheating on their significant others.  They start on destructive paths to combat all the depressing negativity that’s surrounding them. They think that by doing this it will help make their life not so boring in a way.

We all know how these things end up, when you embrace negativity with more negativity you’re not going to cancel it out; you’re just going to create a whole boat load of new problems.  Then others create fake identities on social media pages, while others live a new life on video game platforms.

We rather not face reality and just live the life that others expect us to live, and live secret lives we hope others don’t ever find out about, we tend to think that’s the best way to deal with our problems. We hate when people ridicule us, we hate that so much that we even cringe when we look at ourselves in the mirror.

What have we become?

So why just not change things around?

That’s an easy question with a complex answer. Actually the answer is easy as well, its implementing the question in your life that’s the hard thing to do. We all know why we don’t change things around is because of one thing and one thing alone.

Most of us are fearful of change and the unknown, myself included. We’re fearful when we get a new boss, or change positions. All the sudden the mundane becomes different and it scares the hell out of us. We look for reasons not to change, but deep down inside we crave change. It’s an internal conflict of sorts, it’s us vs. us, not us vs. them. It’s always been that way, and it will always be that way.

So what does relying on ourselves have to do with this?

Honestly, it has to do everything with this. Let me ask you this, the last time someone made you feel like a pile of crap, what did you do? You probably ran off sad and then looked for some kind of comfort. You told a friend or family member you problem, and at times they pat you on the back and listen. Other times, well not so much. Then what do you do when your support system has failed? Not everyone is going to agree with your position on everything.

We end up slipping into this coma and avoiding people all together. We fall apart inside because we feel alone and isolated. Many of go to drastic measures and we become bitter people. We give up and we end up blaming society and all those around us for everything that happens. We put too much emphasis into others and not enough on ourselves.

So how do we change this?

Awhile back I was introduced to a book called “A Book of Five Rings” By Miyamoto Musashi.  The whole book is about being a swordsman. He talks about life, principles, and having honor and integrity. The main thing that stood out from this book is idea of having a complete and resolute acceptance of death. We are all going to die, and when we totally accept this, we begin to worry less. We stop giving a crap about what others think of us. We stop worrying about the trivial things and go for it all. We stop giving people around us power over how we feel. 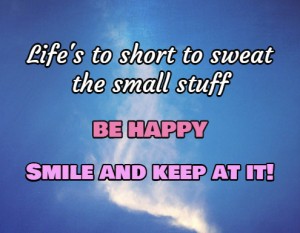 Once you get to the point where you’re ready to face the world, you’re ready to face the criticism with a smile on your face. Only then will you be able to tackle change and grin at it as its happening. Only then will you believe in yourself and your own abilities and you won’t have to look for gratification from others.  You won’t seek the acceptance or pat on the back because you know who you are and where you’re going.