insearch 4 success 3 Reasons Why You Will NEVER Be Successful | Insearch4success.com 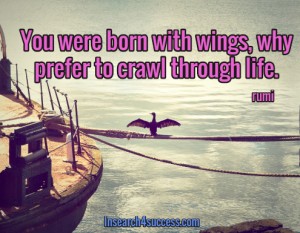 3 Reasons Why You Will Never Be Successful

What’s the first thing that comes to mind when you read the title? Maybe it was something in your past that you tried to do but failed miserably at. You gave up on it and tried something else and failed at that as well. The pattern kept going in the same direction without any indication of any success in sight.

The mental movie is playing isn’t it?

The movie that haunts us, our past failures play over and over in our heads, they get trigged by certain things and situations. When those triggers come into play… BAM, so does the movie. The worst part is that we can’t just turn it off like we would a dvd or blue ray movie.

The complexity of our minds is fascinating and strange in the same light. It’s almost like we have 2 different people in the same body. Our minds play things that remind of us failure even though we don’t want it too. Triggers set off these movies and images that are burnt into our minds for the long haul.. Maybe we failed at something similar in the past, or maybe certain things that others have said trigger these thoughts.

Whatever the case these thoughts play out like a bad movie over and over and we don’t know how to make it stop…. The problem with this is that these movies can be detrimental to our future success. Anytime we get into a situation where we have a chance to change things, those damn movies start to play. So we start to avoid certain situations, the ones that make us uncomfortable. This leads me back to the title of this post. 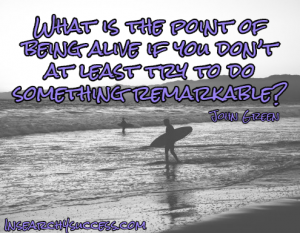 3 REASONS WHY YOU WILL NEVER BE SUCCESFUL.

If there's one thing on this planet that isn’t real, but for some reason it causes more problems than anything else it’s this word. Now what you fear and what I fear are or can be very different. Does that mean that the fear is REAL?

The worst fear is the fear of success, yes the fear of success. See when success happens things start to change. It may change our environment, or it may change us or those around us. That becomes a problem since most of us HATE CHANGE! We rather go through our daily miserable routines rather than face change. With change comes a certain amount of uncertainty and that for most of us feels like a bad thing.

Have you ever had something important to do, or maybe you wanted to get started on something and you thought to yourself “ ahh, I’ll just start that tomorrow”. But then tomorrow comes and  you never get started? This has happened to all of us at one point in time or another. Usually the greatest ideas are never lifted off of the ground because of this. Or sometimes our ideas get used up by someone else because we waited until tomorrow to get them off the ground.

Tomorrow is another illusion just like fear is. What you fear and what I fear isn’t real, and is tomorrow ever coming?

The only time that will ever be is now, and yesterday never existed, nor will tomorrow for that matter

It’s like this…. You know why the NOW is a GIFT? Because there is no yesterday and tomorrow never comes, the only time that matters is now aka the PRESENT, the gift to us all.

The problem is that most of us don’t see it this way, we live in our past thoughts, the should of, would of state. Some of us live in the future and think about how things could be, but we never act on it.

Resistance is the brother of fear and the cousin of tomorrow. Once again like the other 2, it does NOT exist. It’s something that we make up in our minds; it’s the little voice that tells us that we’re not ready. It tells us that we can’t do something, or that we should wait for another day.

Resistance hits us most when we get in our comfort zones, the places where we feel the most comfortable at. We may hate everything around us, but it’s so much easier NOT to do something at all rather than attempt it and face more hard work and the unknown.

Resistance like the other 2 can be defeated, not by anyone else but us. It’s one of the 3 demons we have to stand up to in order to get over it. Resistance hits us all, some of us a lot more than others.

When you mix all 3 you get what? The should have type of people, the people that either live at the end of a bottle, in the past, or just don’t live at all. They simply exist walking around like zombies, living in their heads and never really fully awake.

So is there any hope?

Yes there is, but it will require some hard work and patience…. 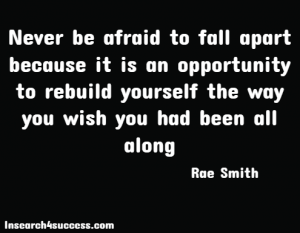 So what do we have to do?

The first thing we have to remember is that there are no push button remedies for this. There really isn’t anything anyone else can do for your situation.

Well no one can get in your head but you, only you can bring for the change that you want to bring into your life. Only you can decide to take action and let go of fear, only you can take the keys to the car, get in and drive off.

Not me, not him or her, but only YOU!

Too many of these so called gurus make it seem like they’re the answer. How many people go to them or seek their advice and leave feeling empty? What they portray and give you is AWESOME, don’t get me wrong, but I feel that the way they do it is sometimes misinterpreted. People go to them LOOKING for them to cure them and feel used when they don’t.

So if you want REAL change, you have to take responsibility and take action for yourself. Take baby steps and don’t rush the process. First things first, get some books, audios, and other things that can guide you on the right path. You know how you learn so go with the method that is most effective for you. Start off slow; even a few pages a day is progress, never down play your efforts.

The second thing you have to do is to FACE YOUR FEARS….

Yes, confront the things you hate most and go at them head first like the 300 Spartans against the invading Persian force. Once again go slow and take the process day by day. The last thing is to take action on something daily. Don’t think about it; just take action, by doing so you will defeat resistance and tomorrow. Both are illusions and if we start something both get bypassed in an instance.

Take small steps, after a bit they will become big steps and so forth, remember only YOU can change your life!

SUCCESS MEETS THOSE WHO TAKE ACTION!

Take small steps, after a bit they will become big steps and so forth, remember only YOU can change your life!

SUCCESS MEETS THOSE WHO TAKE ACTION!