insearch 4 success A Couple Ways to Make Money Without Actually Getting Another Job or Doing Anything Different! | Insearch4success.com

So you’re probably looked the title and thought “what the hell is this guy thinking, I can’t make more money doing the same thing I’ve been doing all along”.  Well, you’re very right, and also very wrong, but it’s a matter of perspective. Now we all work in some kind of way, some of us are self-employed, others are  business owners, others take crap from bosses at low paying jobs. Whatever the case,  the reality is we are 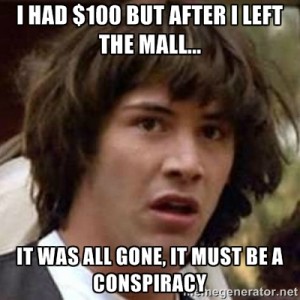 all after one thing, the almighty dollar. We think that money will solve all of our problems, that if we have enough of it we will miraculously be happy.

In part that may be true, but the reality of the matter is this. How many people that are wealthy beyond belief have either committed suicide, become drug addicts, are just unhappy as hell? I’m pretty sure most of you can think of a few here and there. Well if money was the answer to all of our problems, then why is it that people are still having problems when they get money?

The first thing we have to realize is that we have to change the way we look at money. Stop acting as if money is your night and shining armor, because it really isn’t. Change your focus into changing yourself, by doing so you will notice a dramatic shift in the money department.  Our thoughts dictate our actions, and our actions are a reflection of how we utilize and spend our money.

Ok, so enough of the small talk, you should already get the big picture.

So how can we make money without really doing anything different?

The idea is rather simple, you don’t have to get another job or anything different like that, you simply just have to do one thing, MANAGE YOUR MONEY BETTER. Ok, by now you’re probably thinking, “um, I already know that, why the heck am I wasting my time reading this”.  Well here’s a good reason, how many times have you ever looked into your wallet/purse and wondered where all your money went?

Ah yes, we all have at one time or another, actually it happens pretty frequently. So there in point lies the problem, we spend money we don’t want to spend, or even really need to spend in the first place.

Sit down and compile a list of things you don’t really need, but know you spend money on frequently. Then get yourself a jar for now and write “bonus money” or something like that on it. Then throw a couple of dollars in the jar and close it up. Now with your list, think of the places that you spend unnecessary amounts of money. 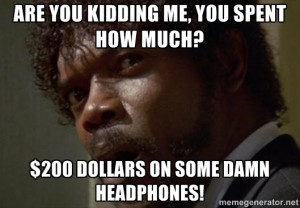 For instance, gas stations, department stores, convenience stores, television goods, online stuff, etc. Then whatever money you have left put it out in front of you. Now think about the NECESSARY money you need to spend, like gas, bill money, etc. and put that aside. Then put aside some emergency money for any occasion that requires a little extra. You should have plenty of money left, now with this think about how you would NORMALLY spend it. Some at the gas station, some for sale items you damn well don’t need, and so on.  Then take that money and throw in the bonus jar, and simply go on as you normally would.

Now  at the end of the week or every other week, take that money and throw it into an account that you CAN’T take it out for stupid things you don't need. Or else put it in a vacation fund, or a rainy day fund of some sort. Another alternative is to put away money when you get the impulse to spend it on some nonsense. For instance, if you're at the gas station getting gas, which you need. Then all of the sudden you get an impulse to spend more money on drinks and candies you don't need. Instead take that money and put it aside, then when you get home put it in your fund.

Little bits of money here and there end up adding up rather quickly. Before you know it, you'll have enough money to do what you want to do. Then you won't end up thinking " oh man, where did all my money go".

What can I say about this site? Well for one you DO actually make money with it unlike other writing sites. The more active and social you are, the more money you end up making. All you have to do is follow the directions and rules of the site and you will be paid. Now there are some people who are angry with the site because they didn’nt pay them, but what I’ve seen from some of these people are that they don’t follow all of the rules.

What are some of the rules?

How much can you make with this site?

Well right now I’m at around 100 a week so this is a pretty cool side gig I have on here. I’ve been on this site a few months, most other writing sites will pay you like 10 cents after a few months. There are people on here making up to 1000 dollars a month. 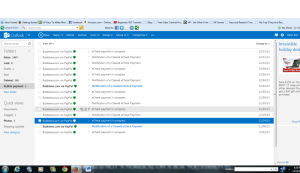