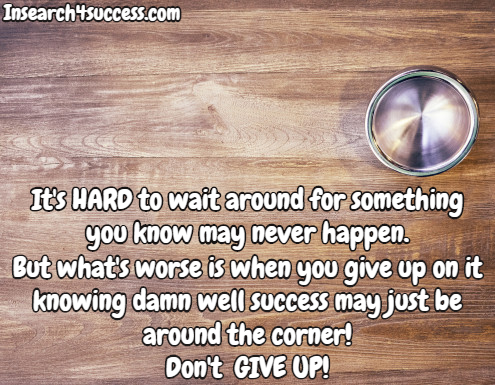 Some people fold after making one timid request. They quit too soon. Keep asking until you find the answers. In sales there are usually four or five "no's" before you get a "yes." Jack Canfield

So we’re at the second month of the New Year, and for many us, we’ve already forgotten or on our way to quit our new year’s resolutions.

Are you one of these people?

If so let me ask you this, why are you quitting or thinking about quitting what you’ve started? Why would you even start something that you know you were probably going to quit in the first place? If you can’t truthfully answer these questions without giving some half washed excuses, then it’s time to reevaluate one thing.

Your why is the FIRST thing you want to get on track with is your why. The reason being is that if you don’t have a strong why statement for whatever it is that you’re doing, then why even attempt it in the first place? If you can’t give a good reason for something, then the action that takes place behind the statement is going to be as weak as the statement itself.

When you ask someone who is motivated and is doing something that they want to do, do you think they give some kind of half minded answer when they talk about what they’re doing?

They’re passionate about what they’re doing, they know where they are going, where they have been, and have backup plans for anything that comes their way. They’re not going to let anything or anyone stop them to get to where they want to go.

This is why you must reevaluate your WHY STATEMENT in order to get on track.

The second thing you must look at is your GOALS. Do you have goals in place, or are you just going on some fly by night sort of thing.  You would be surprised how many people do this kind of stuff, how do I know, because I was one of them for many years on end. Everything I attempted I failed miserably at because I never set any goals or deadlines; I just did it and hoped for the best.

Talk about taking a shot in the dark…

Create some goals and don’t give me any excuses about you not knowing HOW to set up goals. You don’t have to make it rocket science; just create something simple that you can run with. If you’re trying to lose weight, hit a SIMPLE goal that sounds simple sound enough that you can hit. For instance, if you want to drop 10 pounds in 3 months, break it up into smaller more reasonable goals, goals you THINK you can hit.

The 3rd thing you want to do is think about the excuses you have been using. All of us come up with excuses about things that we DON’T want to do. There’s always going to be some form of resistance popping up. We may want to do other things because we find those other things more enjoyable in some kind of way.

So sit back and write down all of the excuses you have come up with in order to NOT do what it is that you want to do. Then really sit back and think if any of these are valid enough to take you away from your goals. What I found out by doing this is that, unless it’s a life or death scenario, no excuses is valid.

I WILL NOT QUIT!

Get it in and get it done… Enough said!

The 4th thing you want to do is figure out HOW MUCH ACTION you have taken in the past month or so. Look at a calendar and think about how much work you have really put in to whatever it is that you’re trying to do. If you look back and all you’ve done is a few days out of the last month and a half, then it’s time to sit back and get back on track.

Grab that calendar and think about how much time you have to put into whatever it is that you’re trying to do and pencil it in. This can also go with your goal setting, but by doing this you’re going to force yourself to take even more action, at least I know did!

The last part is to TAKE ACTION!!!!

Some of you are probably asking yourself why I even mentioned this, but you would be surprised how many people have set plans and goals and never did anything at all.

Because they’re scared too, so stop being scared and take action even if you don’t know what the heck you’re doing. Learn from your mistakes and just take action, you will be glad you did. Even if you fail a few times, after that it will become much easier than just sitting back wondering HOW you’re going to start.

So let’s go back over the steps.

3. Get rid of excuses 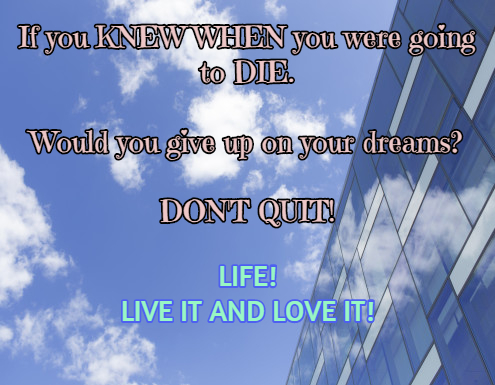 Hopefully this will help you keep going on your new year’s resolution mission.  Don’t quit, if you need help be sure to subscribe to my email newsletter, and if you have any questions, feel free to leave a comment down below!