When you think of Cinnamon, you think of the spice that we love sprinkled on rolls, in our teas, or even in our cereals. But did you know that this extract from the bark of the cinnamon tree also is useful for its medicinal purposes? It’s been utilized for centuries for its amazing properties by people all over world, but sometimes its overlooked by other more exotic herbs. 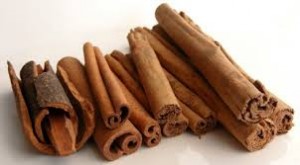 For centuries Cinnamon has been used in India and China. The Chinese use it for its amazing warming properties; it helps to ward off colds and other viruses. It was also used, and still is used for stomach ailments and kidney problems. In India it has been used in the ancient practice of Ayurveda, which is an ancient healing system. They used it for it’s heating and energizing properties, which promotes balance and a calming effect within the body.

Some of the Amazing Benefits of Cinnamon

It’s been known that during the 1918 influenza outbreak, workers at cinnamon factories almost seemed immune to the horrible outbreak which destroyed most of the population. The reason being was that these individuals were constantly breathing in the Cinnamon throughout their shifts, which was thought to create a barrier effect within the body.  In recent times researchers have found that Cinnamon has a powerful anti-viral effect, that in some cases has proven to be more powerful then doctor prescribed antibiotics, but most importantly without the nasty side effects.

Cinnamon has been shown to neutralize the effects of high fat and high carb foods, slowing the rate the stomach gets rid it, therefore controlling blood sugar. Cinnamon has been proven in some cases to be much more effective then doctor prescribed medications. This may be the reason some old recipes involve cinnamon in them, especially ones with high fat and high carbs in them. Cinnamon has been shown to be very effective for people whom suffer from type 2 diabetes, and is actually recommended by the American Diabetes Association.

This was ultimately the main reason I picked up on utilizing Cinnamon on a daily basis. Not only does it help to maintain your blood glucose levels and promotes proper blood flow. But it also helps control your metabolism and burn fat. Cinnamon also helps your body to control oxygen intake, therefore creating more oxygen in your muscles giving you the ability to create lean mass. This is a plus for those of you whom are workout fanatics like myself.

grams of fiber a day. So if you take Cinnamon daily you’re getting your adequate amount of fiber each day. Fiber also promotes a healthy cholesterol level, which also promotes effective weight loss.

Did you know that not only ingesting Cinnamon is great for you, but just smelling it can be very beneficial? A 2004 study found that the smell of cinnamon helped boosted brain power. It helped visual motor, working memory, long and short term memory, and increased attention when smelled. Cinnamon had the strongest effect in the sense of smell over many other popular herbs and spices such as tea tree oil, lavender and patchouli just to name a few.

How to Take Cinnamon, And Where to Buy It

You can get Cinnamon in capsule, powder, stick, tea, and even liquid form. Each one comes with its own specific ways to take them. Be sure when supplementing with Cinnamon that you read the directions’ of the form that you purchased. Although Cinnamon is great and all natural, there are some dangers involved with it. Do NOT TAKE CINNAMON in large doses.  Always have some water nearby when you do supplement with it. Just recently I read about a girl whom took 3 large doses of it without water and ended up almost dying. It expanded her lungs and blocked her airways. So like anything else, please practice caution when utilizing it!

GREAT VIDEO ON CINNAMON I FOUND! CHECK IT OUT