Pin It
Skip to Main Content
The Benefits Of Coconut Oil

Besides tasting great, Coconuts are awesome for our health, especially the oil. Coconut oil has a positive antioxidant action in the body. Oxidation is considered to be a major threat to us; the reason being is that it’s a major contributor to problems within the cardiovascular region and also contributes to skin aging. Coconut oil can help to slow down the process and help to reduce our bodies need for antioxidant intake.

It's been found that places which consume high amounts of coconut are some of the healthiest on the planet. In the United States and other 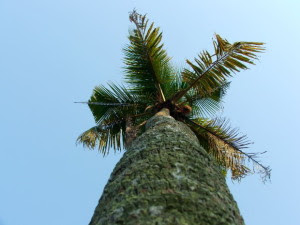 regions of the world, coconuts are seen as “exotic” fruits, and are mainly consumed by people who like to eat healthy.  Studies have found this to be the reason why people seem to be so healthy in certain regions than in others.

1. Coconut oil can help you BOOST your energy output, therefore helping you to burn fat easier.

It’s no surprise that obesity is a major problem that seems to be spiraling out of control. With food portions drastically increasing and bad foods becoming cheaper, people are continuing to get larger.  Some studies have found by supplementing with coconut oil, you can boost your energy expenditure to about 5 percent.

This means you can burn about 120 calories more than you would without it. Some of you may be thinking that this isn’t very much, but when you start to do the math and add it up, this can be very beneficial to those of you who are trying to lose weight.

Coconut oil can help those of you who looking to lose weight, by supplementing with it before you work out, it can help boost your overall efforts by at least 30-50 percent. This means you’ ll burn more calories per workout while on it than you would without it.

Coconut oil contains a ton of saturated fat, and I know some of you are cringing at the thought of that. But the truth is that it’s not the same saturated fat that you would find in junk foods, or products like cheese or fatty meats.  The saturated fats found in coconut oil are Medium Chain Triglycerides, meaning they’re shorter than the regular LONG CHAIN ONES.

AND WHAT DOES THAT MEAN?

The difference is that these medium chained ones go straight to the liver and are used as QUICK energy, unlike the long chained ones that 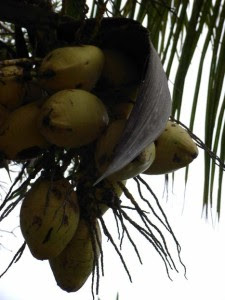 aren’t.  They metabolize differently within the body and also play a positive role for those of you who have mental and brain disorders like epilepsy.

The saturated fats and good fats help to play an important role within cardiovascular problems. They can play a major role in helping to lower the bad cholesterol and help to prevent problems like heart disease and strokes.

Some people think the cholesterol and fats found within coconut oil is bad, but this simply isn’t true. So next time you hear someone say they won’t eat it because it’s bad for their health, point them in this direction.  There’s tons of evidence pointing otherwise, so if you have problem with cholesterol or high blood pressure, be sure to pick up some coconut oil.

4. Coconut oil can help to flatten your stomach!

Coconut oil can help you to feel full; it can also help you to burn excess weight, especially around your abdominal region.  What many people don’t know, this is the most dangerous area to store fat in. This is where many diseases and problems stem from, the reason being is that it’s around your organs, and the fatter you are in that region, the less they will work like they should.

The coconut oil helps to metabolize the fat in that area making it easier for you to burn it. Studies have shown that people utilizing at least one serving before they  workout will burn more fat and calories than those who don’t. So next time you work out pick up some coconut oil, you can thank me later!

5. Coconut Oil Can Help To Kill Bacteria, Viruses and Fungus.

The Lauric Acid within coconut oil can help to kill all these nasty viruses and bacteria. This is why it’s great to use in oil pulling. Oil pulling is where you gargle with it for about 5 minutes. This helps to clean out all the bacteria’s from diseases like gum disease and gingivitis.

Coconut oil is also awesome when you ingest it, it can help to destroy the harmful pathogens that can cause diseases within the body. If you do use it for oil pulling, make sure you only do it 1 to 2 times a week.

This is just SOME of the benefits of coconut oil, it has a TON of other benefits.  It also tastes great and can be uses  internally or topically.

Where can I get Coconut Oil?

You can pick up coconut oil just about anywhere; the problem is that you have to make sure that you pick up the right kind. There are tons of imitations out there so you have to be careful which ones you get.  Make sure you get organic virgin coconut oil NOT refined coconut oil.

DOCTOR OZ On The Benefits Of Coconut Oil